Did I kill the planet by talking too much?

The CO2 (carbon dioxide) contribution of my cell phone into Earth’s atmosphere.

I’m an engineer. The fact that I read Popular Mechanics for relaxation is only one proof, amongst many.

However, for years, it seemed unlikely to me that humans made a significant contribution to climate change. It’s a fact that the Earth is heating up, but we humans, a mere 0.01% of all life on Earth were just too small a species to have a fundamental impact. Insects alone outnumber us 200 million to one.

Then I read a talk my brother was giving on sustainability and something brought it home personally to me. I realized it wasn’t only a question of numbers. While humans generate far less CO2 than occurs naturally, the carbon dioxide we do create cannot be fully absorbed by the environment. The excess CO2 constantly collects cumulatively and adds significantly to the greenhouse effect. That’s also a fact and we’re starting to reach a point of no return.

The wake-up call for me was understanding just how much CO2 my mobile telephone produces.

Manufacturing a cell phones contributes relatively little CO2 when compared to agriculture, cement production, burning of fossil fuels, construction, and many far more problematic sources. The culprit as concerns mobile telephones is how much carbon dioxide is created by the supporting network and the energy needed to run that cell network.

Calculated by Mike Berners-Lee (brother of the Father of the Internet, Tim Berners-Lee) in 2010, an average of one minute of transmission per day per user produces 47 kilograms of CO2 annually. One minute usage per day? 47 kilograms? 47 kilograms is the mass of about 300 bananas, 80 basketballs, or over 17,000 tea bags.

But who uses their cell phone only one minute per day? For sure not me - I am a terrible offender and probably use my iPhone an average of at least 2 hours every day between talking, watching Netflix, sending and receiving e-mails, and on and on. Assuming my use is two hours (and probably more in reality) that is 120 times the estimate of Berners-Lee! So that would mean by myself I’m producing 5.6 tons of carbon dioxide every year with my iPhone. That starts to sound significant.

Multiply whatever individual time use estimate makes you comfortable by today’s 5 billion cell phone users and that’s a lot of bananas! By 2051, the number of mobile devices in use could be double what it is now.

What can I do?

So why am I writing this down? Because if I use my cell phone less often, it will be a personal commitment to reducing the amount of carbon dioxide in the atmosphere. It’s in my personal control. And if enough cell phone users also cut back, it may make a difference to slow down the greenhousing of the planet.

Should we throw out our mobile telephones? Absolutely not! Should we return to the black Bakelite rotary telephones many of us grew up with? Never! No way!

The cell phone is one of the most practical inventions ever made, giving us much more access to security, entertainment, education, creativity, and contentment than has ever been available before. Mobile communications are here to stay; thank goodness for that.

My aim is to raise awareness of how each of us impacts the life of our fragile, albeit resilient, planet. More importantly, in our own self-interest and for that of future generations, if we choose to reduce the use of our cell phones - maybe a mere 15 minutes less transmission per day - we could start to make a personal and tangible contribution to contain the CO2 sent out into the atmosphere.

Discover Your Element and Business Talent

Posted On March 13, 2019 ~ 0 Comments
Discover your element and lead a life filled with passion, confidence and personal achievement. It may start with - “Here, in this place, I am…

Posted On April 1, 2019 ~ 0 Comments
As Jack Ma recently said at the World Economic Forum in Davos, "there are no experts of tomorrow only of yesterday." How many in London… 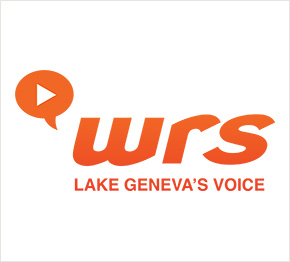