On 22nd of January Executives International held their first 2015 presentation and dinner event. Dr. Ivan Adamovich, Head of Investment Committee and Private Banking at Notenstein Private Bank reviwed what made an impact in 2014 and studied the potential economic challenges and opportunities in 2015.

After the presentation there was an active discussion and several questions were answered. We are publishing here a list of questions that Mr. Ilja Feldstein had prepared during the evening and that were also published in the online edition of L'Hebdo

Would you agree that?

Have we not seen for many, many years deflation if you look at the prices of, e.g., cars and anything electronic?

Is true that people really put off purchases - beyond a few months - because of the expectation of lower prices?

Of course, for people, companies and governments heavily indebted, deflation is poisonous because it de facto
increases their debt.

And here is open question:

What is the role of a Central Bank and what of a government?

Posted On January 17, 2019 ~ 0 Comments
We are pleased to announce that Tom Rosenfield has been selected by the Committee as our new President as of January 1, 2019. Tom brings long experience…

EI Member Offer – Learn From The Experts: What Are The Critical Ingredients Of A Successful Career

Our Summer Reception will feature a panel discussion "Learn From The Experts: What Are The Critical Ingredients Of A Successful Career?’ with 6 distinguished panelists... 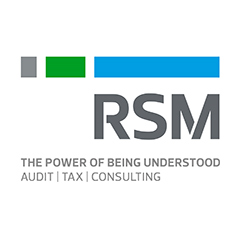